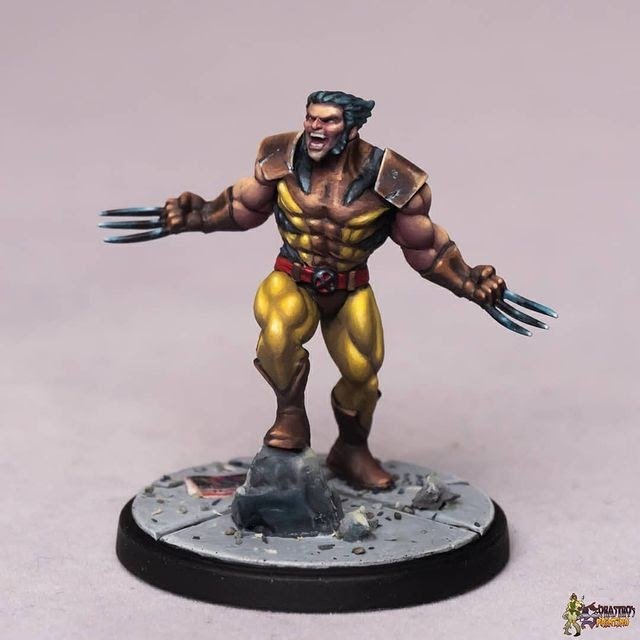 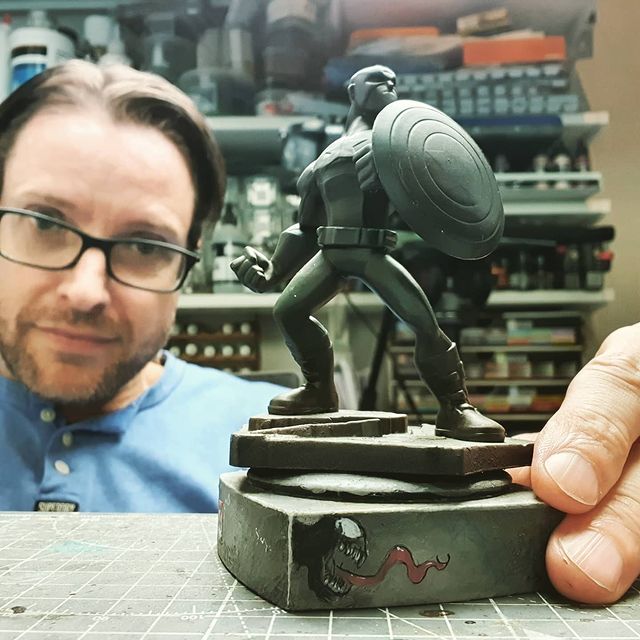 At RedGrassGames, we have the pleasure to follow and support a great miniature painter : Mark Sorastro. With over 100k followers on his YouTube Channel sorastro’s painting, many of us know his work and fantastic tutorials. He was kind enough to answer this interview where he shares with us a little bit of his experience and daily work, how he began to paint and how he improves his painting skills. You’ll see what a full artist he is and how he does his videos and tutorials from A to Z. Enjoy his advice about painting, since he gives great tips if you’re a beginner painter!

Can you introduce yourself?

My name is Mark and I was brought up in quite a creative household.  From a very young age I’ve enjoyed both painting and playing the piano, and later went on to study illustration at college level, before eventually focusing on music at university.  As an adult I spent around fifteen years teaching music and creative digital media, then began creating painting videos for YouTube eight years ago.

SORASTRO’S PAINTING THE BEGINNING : How did you come to miniatures painting?

As a very young child I used to paint Airfix dinosaurs and aeroplanes, then at around the age of ten I got into painting and playing Warhammer Fantasy Battle (I collected greenskins, and also had quite a large undead army with a very cool zombie dragon!).  Soon after that Warhammer 40K launched and I got quite heavily into painting Space Orks.

VIDEOS : Why and when did you start making videos?

I made my first video back in 2013 mainly to satisfy a creative need, but also to share a simple approach to painting the zombies from CMON’s Zombicide that I thought would be a useful way to help people get into the hobby.  At the time I had just bought my first DSLR camera that was capable of shooting video (the Nikon D7100) and I was really excited to see what I could do with it, and having recently discovered Zombicide, it felt like the perfect way to combine my various passions.

Can you tell us how you make a video?

The time it takes to make a video varies quite a bit depending on what I’m painting, but the process can be broken down into three main phases: planning, shooting, editing.

The planning phase is where I test out various ideas for the colours and techniques I end up using on the miniature.  Sometimes I find the colours I’m after quite quickly, but other times I can spend quite some time experimenting and wrestling with different ideas before I feel confident enough to begin filming.  During this phase I will usually experiment on some spare miniatures both to practice specific techniques and also to sketch out complete colour schemes.

– which can take a few days depending on the figure.  I might then give the mini a preliminary photo shoot before making some final adjustments and corrections, because I sometimes spot mistakes in the photos that I don’t notice when looking at the actual figure (because they’re so small!).  Once filming is complete, I’ll then do a more extensive photoshoot of the figure(s) usually with scenery etc because I love capturing cinematic shots that show the figures in their thematic context.

With all of the footage and images on the computer I’ll then spend a few days editing the video, writing the narration, and adding the music – which may or may not require the composing of new material.  The last main step is to record and edit the narration;  I leave this until the end because I always like to read the narration through with the finished video to check the pacing and flow, and to ensure that I’m being as concise as I can without missing any important details or tips.

Sometimes the most difficult part of the process is the planning of my colours and techniques, especially with the more epic models, or models where there’s a lot of room for interpretation.  With the Phoenix from Kingdom Death: Monster in particular I remember struggling with self doubt for quite a few days before I found the courage to execute the vision I had in my mind for it.

Generally however I actually find composing the music to be the most demanding (and often the most time consuming) part of the process, yet it’s a part of the production that I couldn’t do without because it lets me share something beyond that which I can put into words.

IMPROVING : How did you get to such a high level in miniatures painting?

I learn and improve just like everyone else; by practicing, learning from “mistakes”, and by taking inspiration from other painters (miniature painters, but also painters from throughout history) as well as from nature.  I think I’m continually learning new things about colour, and also more recently the importance of the effect that the finish of different paints can have on a figure, and I suppose one of the main areas I’ve been developing over the last year or so would be the exploration of non-metallic metal effects (which I’m certainly not a master of!).

SORASTRO’S PAINTING TUTORIALS : What piece of advice could you give to a beginner ?

I think the main advice I’d offer a new painter would be to start with some zombies or goblins etc (which don’t have to be too neat!), so they can just get a feel for the paint, and explore some basic speed painting techniques such as base colours + wash, painting thin layers over zenithal highlights, dry brushing etc.  I’d also encourage new painters to start mixing and playing with colours right away, and to lose any sense of fear they might have about the process; just enjoy it!  From there you can then begin developing more refined techniques like layering highlights, playing with textures to render different materials, object source lighting, ambience etc.

When you make a tutorial, do you already have in mind what you want to teach?

When I create a fresh series of videos I do have a very definite idea of what level of painter it’s aimed at usually state that upfront.  The Lord of the Rings: Journeys in Middle-earth series for example was designed for absolute beginners, so introduces different techniques in quite a deliberate progression.  Whereas with Marvel: Crisis Protocol I decided early on that I wanted to really push my own painting with the series so the videos are naturally more advanced, and I’m throwing everything I’ve got at each mini!

Honestly I’m going to be mostly continuing with the series I already have on the go as that already gives me more minis than I can handle, and plenty of fun challenges!  So I’ll be working on lots more Marvel: Crisis Protocol, Star Wars: Legion, Kingdom Death: Monster, and Journeys in Middle-earth.  (There’s also one more game that I might be producing a couple of videos for a bit later in the year, pending final confirmation.)

You have painted a lot of figurines coming from various games and universes: star wars, zombicide, lord of the rings, Xmen…. which one is your favorite?

It’s hard to pick one because I only actually paint my favourite games, so I like them all!  I do go through phases though I guess, and lately I’ve been mostly playing Marvel: Crisis Protocol.  I’m also really looking forward to finishing the Shadowed Paths expansion for The Lord of the Rings: Journeys in Middle-earth so I can play through the campaign!

Once the current lockdown eventually eases however I’ll be returning to play some more Star Wars: Legion with my gaming group, and continuing our Kingdom: Death Monster campaign which we had to suspend due to the pandemic.  It was a shame we had to stop mid-campaign, but at least it gives me time to get more of the minis painted up!